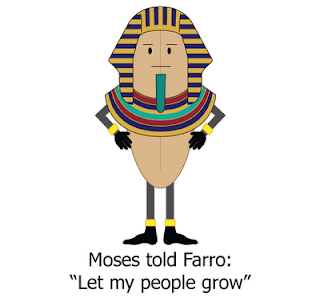 Happy Passover to those who celebrate it!  We could not let the holiday pass without a shout-out to Farro, the new ancient grain on the block.

A wheat species originally domesticated in the fertile crescent, Farro is making a comeback.  Considered kosher for Passover by some groups of Jews but not by others (long story), Farro is a powerful force the rest of the year in salads, risottos, and other creative concoctions.
Posted by Kale Crusaders at 6:42 AM