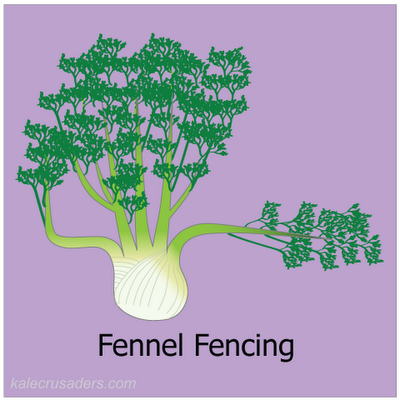 Fencing is a serious sport and Fennel is a serious Foeniculum vulgare. In addition to his lethal defensive stance, Fennel is known for pestering the competition with his frond-covered foil. We anticipate that the Olympic Fencing Finals will be no different.