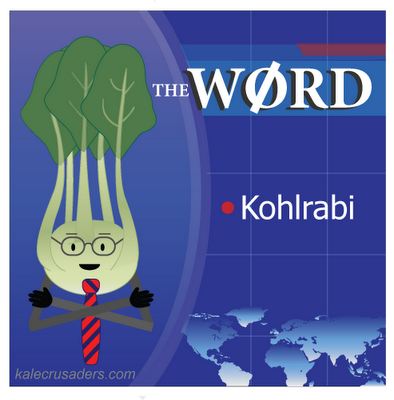 Like Lord Colbert, Mr. Kohlrabi is sweet and mild.  He is open to trying all sorts of new things, including light salads, hearty soups, and spicy Indian fare.  Following Colbert's lead, Kohlrabi holds snacktime second only to naptime.

P.S. Hattip to Kale Crusader Sara for nominating Kohlrabi.  According to Sara, "It's an awesome veggie, and though no one in the US knows it, everyone in Germany loves it!"
Posted by Kale Crusaders at 7:03 AM