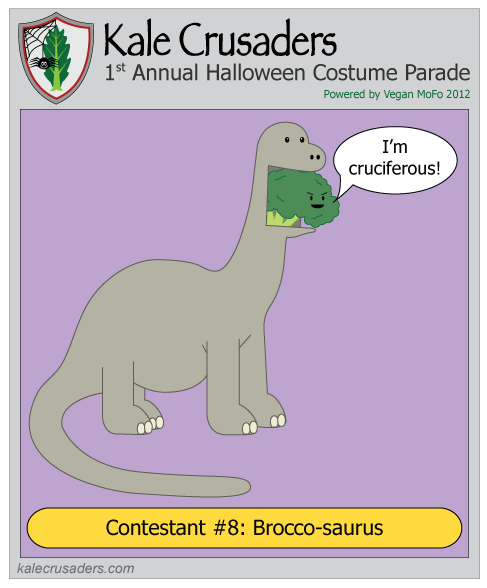 In October, we're posting one Costume Parade cartoon per weekday as part of Vegan MoFo.  Want to go to the beginning of the Costume Parade? Start with some candy corn!

Brocco-saurus is our first contestant to march out on four legs along with a humungous tail.  Broccoli, we salute your efforts.  This isn't the first time Broccoli has appeared in a show of course, and has had guest appearances in braised broccoli hot wings, broccoli & cheeze socca, or wandering the aisles at Ikea.
Posted by Kale Crusaders at 6:00 AM