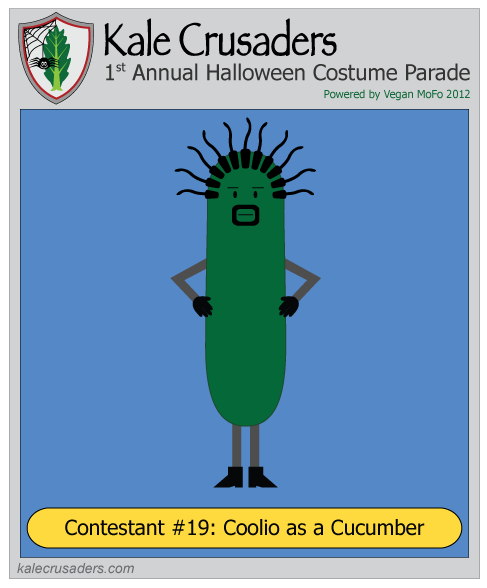 In addition to being a famous rapper in the 90's, did you know that Coolio is an accomplished cookbook author?  Honestly, we didn't know either.

Coolio, for your next cookbook, may we suggest recipes for chilled cucumber tahini soup with basil, vegan tzatziki sauce, cucumber hummus, and marinated cucumber banchan?

P.S. Check out this accidentally vegan and over-the-top Cookin' with Coolio video.
Posted by Kale Crusaders at 6:00 AM