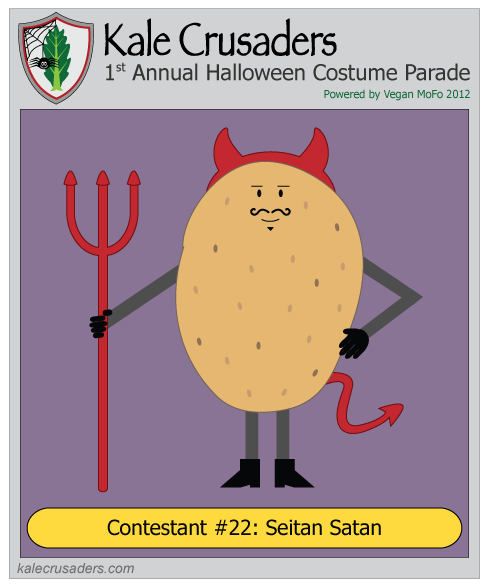 Our next contestant is a polarizing figure among those who are polarized by food matters.  Love him or hate him, Seitan Satan and his gluttonous brethren are ubiquitous in the world of meat-substitutes.

Whether you're a seitan newbie or a member of the seitan lecture circuit, sink your teeth into some basic seitan, seitan mushroom roast, candied vegan ham, and delicatessen vegan corned beef on rye.  Let us know what you think!
Posted by Kale Crusaders at 6:00 AM