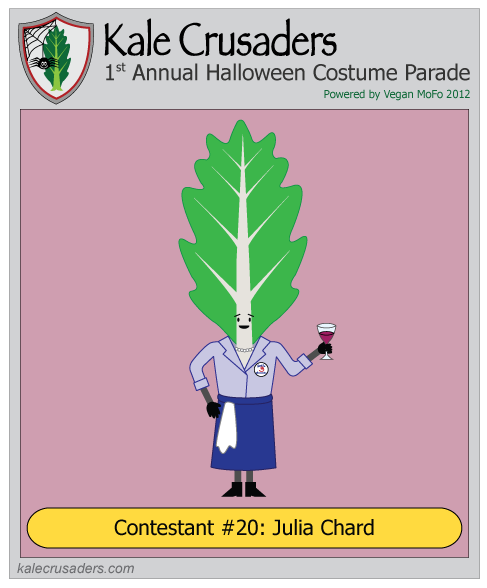 Up next is the one and only Julia Chard.  With a permanent but always sincere smile on her face and a you-can-do-anything attitude, we are kind of speechless in the presence of this legend.  Cheers to you, Julia, and bon appétit!

In your honor we have prepared some snacks, including roasted cauliflower, garlic and swiss chard soup, Indian spiced lentils with quinoa, kale and swiss chard,  swiss chard and mushroom enchiladas, and garlicky swiss chard with white beans.

P.S. So concludes the fourth week of the costume parade, featuring celebrity costumes. Next week we'll present our final three spooky costumes as the month of October closes out. Stay tuned!
Posted by Kale Crusaders at 6:00 AM