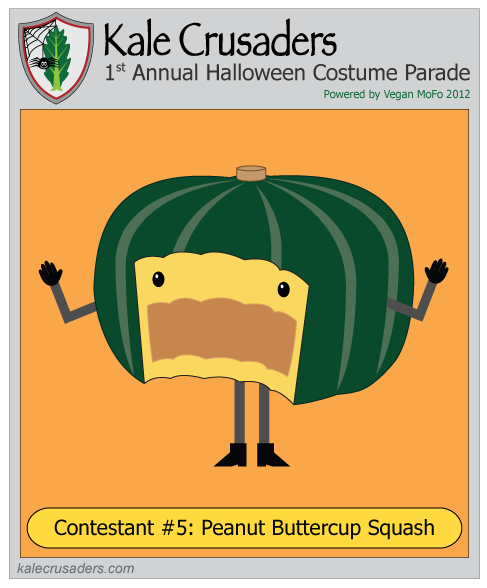 Halloween costumes are a mixed bag–there's the cute, the clever, and the creepy nightmare material.  It is difficult to choose which category Peanut Buttercup Squash falls into, but we guarantee that he is delicious inside and out!

P.S.  So concludes the first week of the costume parade, featuring sweet treats.  Next week we will be mixing things up with some simply random / awesome / theme-less costumes.
Posted by Kale Crusaders at 6:00 AM