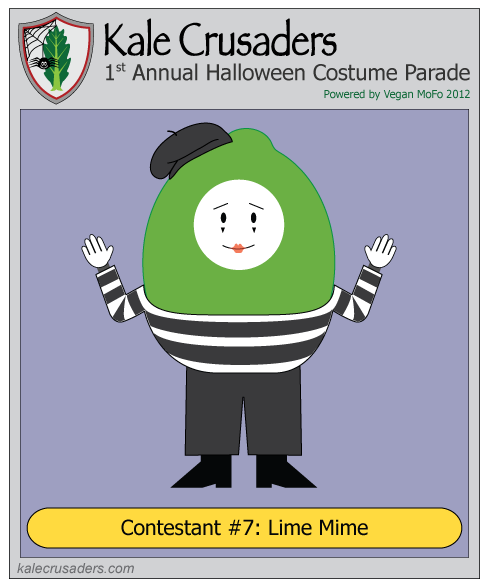 In October, we're posting one Costume Parade cartoon per weekday as part of Vegan MoFo.  Want to go to the beginning of the Costume Parade? Start with some candy corn!

Contestant #7 does not have much to say.  Lime may seem a bit too pedestrian for an underrepresented food blog, but we have a question for members of the audience: Have you seen a lime dressed as a mime before?

We didn't think so.  We also have a feeling that you have not seem lime in tahini lime rice with kale and cashews, lime chipotle mayo, avocado coconut lime tartlets, or pomegranate vanilla limeade.
Posted by Kale Crusaders at 8:38 AM