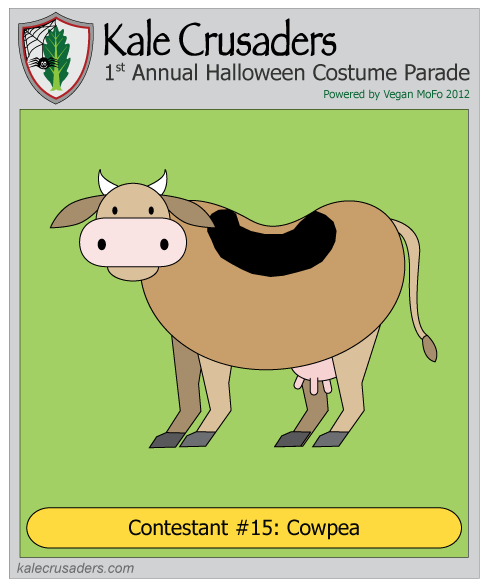 
So, um, Contestant #15, we don't quite get it: where did you get your name?  [The parade pauses as Cowpea responds politely to the host.]  Apparently cowpea is another name for the black-eyed pea: the bean with the cool birthmark.

P.S. So concludes the third week of the costume parade, featuring animal costumes. Next week we'll present our favorite celebrity costumes. Stay tuned!
Posted by Kale Crusaders at 6:00 AM