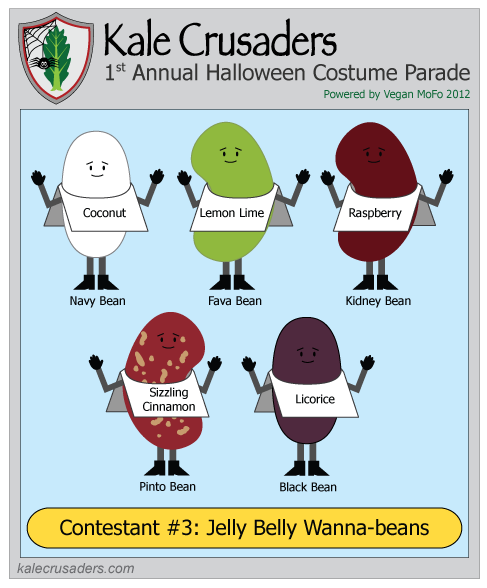 This is our first team entry in the parade.  These guys were originally arrested for breaking into the Jelly Belly Candy Company's stash of beans with the aim of adding savory flavors to the mix. After bail, they found their true calling was spreading the word in public protest.

Despite all the sweets we've seen so far this week in the Costume Parade, all these beans are making us think warm, chili-filled thoughts.  Consider some three-bean chili, a serving of five-bean chili, or a big-kid mound of chili mac 'n' cheese!
Posted by Kale Crusaders at 6:00 AM