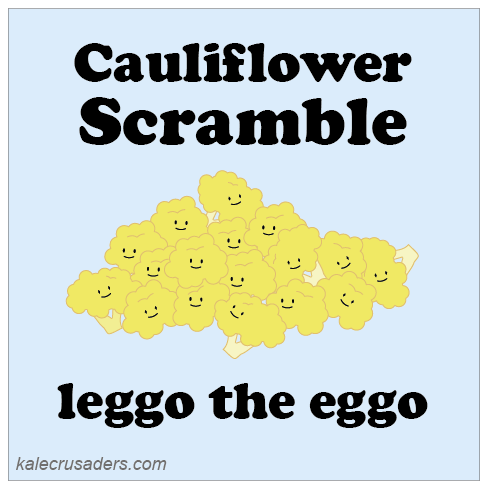 According to our so-called research, cauliflower's role at the breakfast table has not been adequately studies or appreciated.  Whip up this Cauliflower Scramble by Katharine Freeman at The Left Hand Chef and be part of the next, next big thing!