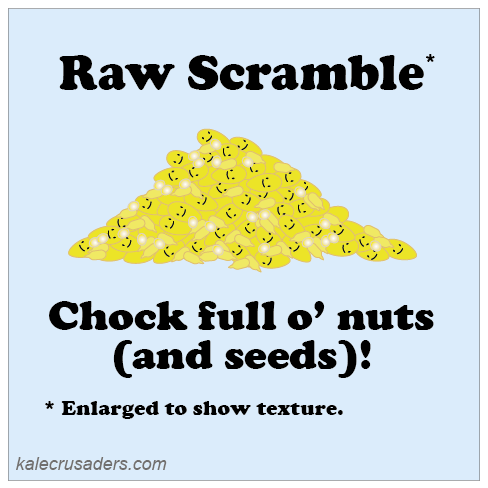 While we've mentioned before that vegan, gluten-free, Paleo, low-fat, and allergen-free crowds whip up some inventive dishes as a result as a result of dietary restrictions, we neglected to include raw vegans in that list.

Broadly, raw vegans believe that there are health benefits to consuming a diet that consists mostly of food that has not been heated beyond 118 °F. Nuts and seeds play major roles as protein sources in a raw vegan diet and this Raw Vegan & Gluten Free Veggie Scramble by Chef Teri Vlaskamp at Global Raw exemplifies the incredibly creative and delicious spirit of raw veganism.